Dee S. Knight and the Concept for Her Book 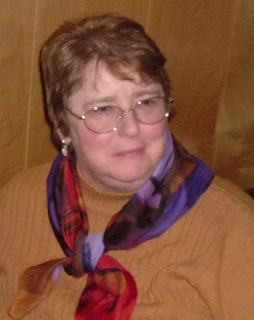 A few years ago, Dee S. Knight began writing, making getting up in the morning fun. During the day, her characters killed people, fell in love, became drunk with power, or sober with responsibility. And they had sex, lots of sex. Writing was so much fun Dee decided to keep at it. That's how she spends her days. Her nights? Well, she's lucky that her dream man, childhood sweetheart, and long-time hubby are all the same guy, and nights are their secret. For romance ranging from sweet to historical, contemporary to paranormal and more join Dee on Nomad Authors. Contact Dee at dsknight@deesknight.com.
The concept for my book, Only a Good Man Will Do, started many years ago with a joint project between Vanessa Hart and me. We thought writing a book together would be fun and so we tossed around a few ideas and came up with the premise of a set of twins who were very different, facing the prospect of their parents’ upcoming wedding. Part of what made the boys so unique was how they’d responded to growing up with eccentric parents who had never tied the knot. Now they were going to—on national TV, no less—and that was the impetus to bring the family together after years of being apart.


Nessie and I decided we each would write a chapter and alternate points of view. My twin, Daniel Goodman, would be a snooty teacher in an even snootier private school in New England. Nessie’s hero would be a blue-collar mechanic who was so accomplished he was in high demand by NASCAR teams.


I loved writing with Vanessa but eventually other projects—and even life—took precedence and we gave up the book. Last year, with Nessie’s permission, I took my character’s story and developed it into Only a Good Man Will Do, changing it from the Goodman twins to the Goodman triplets, and fleshing out the conflict. I transformed Daniel from a man with a stick up his…um, rear end to one who knows he has to toe the line with school policy but who also has a heart of gold.


Jonah, in book 2 of the Good Man series, One Woman Only, is still a mechanic but different from the character Nessie forged. Jonah is searching for a change in life and begins to dream that the change might come with his former girlfriend. He wants a second chance at love but is up against a stubborn woman in Kelly Shepard. This character is requiring some research since I know next to nothing about cars or engines. Yikes!
Mark, the third brother, is entirely new. He’s a genius who hardly notices the world around him—until he discovers a woman in his office and realizes she understands his work. I’m going to have some fun with Mark and Paige Morrison, the equally genius woman who has had to notice the world around her a bit too much for comfort.


Why did I make Daniel a teacher? Because I had 13-years-experience in the field and could empathize with Daniel’s predicament of needing to follow front office dictums, even when knowing they weren’t always best for the student. Sometimes, balancing the needs of the school, where parents and then even the government were the clients, against the needs of the student, where sometimes strong discipline and then maybe a hug were needed, were very hard to accomplish. Where I taught, in a residential school, we spent more time with the students than their parents did, but even then, the students were not the client—their parents were. Daniel faces the situation in the book where the parents’ desire was not what was best for the student and he does the right thing, jeopardizing his dreams. How does he fare? Well, he is a Good Man.


Blurb for Only a Good Man Will Do:
Seriously ambitious man seeks woman to encourage his goals, support his (hopeful) position as Headmaster of Westover Academy, and be purer than Caesar's wife. Good luck with that!

Daniel Goodman is a man on a mission. He aims to become headmaster of Westover Academy. For that he needs a particular, special woman to help him set high standards. Into his cut and dried life of moral and upright behavior, comes Eve Star, formerly one of Europe's foremost exotic dancers. Her life is anything but cut and dried, black and white. Daniel is drawn to her like a kid to chocolate. Nothing good can come of this attraction. Or can it? He is after all, a good man.
Excerpt for Only a Good Man Will Do:
“Daniel, am I talking to myself, here?”
“Oh, no, I’m…” He chuckled an amused admission. “Tell me what you said again.”
He could almost hear Eve smile. “I said, you called at four-thirty on Saturday and Sunday, so I took a wild leap that you would today, too.”
“Ah.” Smiling to the empty room, he squirmed to get into a more comfortable position. “A woman of logic.”
“Absolutely. You don’t want to play me in chess. I think five or six moves ahead.”
“I’ll remember that. There’s nothing worse than seeing a guy cry when he’s been beaten at chess by a girl. Now tell me why you’re upstairs. I know you don’t have a lot of help this time of day.”
“I’m paying Jed extra to come in a bit early.” Her voice was low, as though she didn’t really want to tell him. The words struck his heart.
“You don’t have money to be paying Jed extra, Eve. I’ll start calling later, after dinner and before I grade papers.”
“No, don’t. It’s quiet this time of day and I want these few minutes to myself. Jed doesn’t mind, and he can use a few extra bucks.”
“Well, okay.”
“Besides, you won’t be calling forever. Soon you’ll be head of the school and won’t have free time for the likes of me.”
Daniel hadn’t promised her on Friday that he’d call. He’d simply felt the desire and acted on it. Then, by unspoken agreement, they hadn’t mentioned what might happen next in their relationship. They’d spent time sharing that day in their respective worlds.
Today, he’d discovered the desire to talk to Eve wasn’t an “at loose ends” feeling that sometimes came over him on weekends. After his dorm assistant had arrived, Daniel had locked his doors, put his books and papers away, and picked up the phone. Only after they’d been well into the fantasy did he remember he hadn’t even removed his gown and jacket before pressing her number. He’d wanted to hear her, find out what her day had been like and communicate his own. He felt seventeen again, with an infatuation about to drive him crazy. Except men his age didn’t have infatuations. They had obsessions.
“Hey,” Eve charged, “I didn’t mean that the way it sounded, like I was hunting for compliments or reassurances. I was simply stating a fact, the way we both know it to be. I want this to be short term as much as you do, so don’t worry.”
“I’m not worried.”
But he was. How long did obsessions last, anyway? Daniel had never allowed himself to be distracted by a woman or anything that might waylay his goals.
But now? Now was a different story.