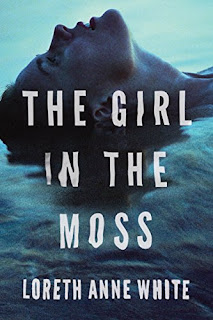 Summer is almost officially here. I’d like to get a lot of reading in this year. I haven’t been reading as much as I want or should. So I’m starting with a list of books I’d like to read. Some of them are from my long TBS list, others are recent ones I’ve seen and want to read and they’re from different genres. I thought I’d share them with you and maybe you could share some of the ones on your summer list. I’d love to see what you will be reading.
Here’s my top ten so far, not in any particular order with a little blurb.
- A Dress the Color of the Sky - Jennifer Irwin For too many years, Prudence Aldrich has been numbing the pain in her life with random sexual encounters. Her marriage to cold, self-centered Nick is, not surprisingly, on the rocks. But after several dangerous experiences with strangers, Prudence finally realizes she needs therapy to stop her self-destructive behavior, and so she checks into the Serenity Hills rehab center.
- The Girl in the Moss - Loreth Anne White Disgraced ex-cop Angie Pallorino is determined to make a new start for herself as a private investigator. But first, she and her lover, newly promoted homicide detective James Maddocks, attempt a quiet getaway to rekindle a romance struggling in the shadows of their careers. The peace doesn’t last long when human skeletal remains are found in a nearby mossy grove.
This decades-old mystery is just what Angie needs to establish her new career—even as it thrusts her and Maddocks back into the media spotlight, once again endangering their tenuous relationship.
- Hit and Run - Dr. Bob Rich 84-year-old Sylvia barely escapes death when a teenage driver plows down six children and a crossing guard, never looking back. Shaken, Sylvia draws his portrait, creating a connection with this 14-year-old boy that allows the police to locate and arrest him. That night, he appears to her through a supernatural process neither understands. Can one woman's belief in the power of love make a difference in the life of one boy who wants to change? 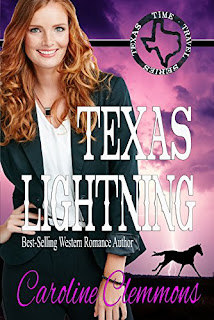 -Temporarily Insane – Vicki Batman No man. Bad job. And Murder. Hattie Cooks is still searching for her dream job and one might be available...in the Big Apple, far from friends, family, and Allan Wellborn, the man who still makes her heart race. In the meantime, she finds temporary employment at an accounting firm where two auditor friends turn up dead.
- Texas Lightning - Caroline Clemmons How can two people from different eras own the same ranch? Penelope Jane Terry knows everything about ranching in spite of being a lone woman. She is determined to send to jail the rustlers who believe they can steal what is hers… until she is caught spying on their dirty works and must ride for her life.
- Cold in the Shadows – Toni Anderson CIA Agent Patrick Killion is on a secret mission to hunt down the ruthless female assassin hired to kill the Vice President of the United States. The trail leads him to the Colombian rainforest and an earnest biologist, Audrey Lockhart, whose work on poison dart frogs gives her access to one of the deadliest substances on earth—the same substance used to murder the VP.
- Hot Under the Collar - Roxanne St Claire Firefighter Braden Mahoney is devastated when his beloved Weimaraner, Jelly Bean, fails the canine arson investigator test. Faced with the challenge of raising the money for advanced training, it's Braden's sweet grandmother and her best friend who suggest he use the services of the new event planner in town. Not that he needs a push in Cassie Santorini's direction. Ever since she arrived, Braden has had his eye on the sassy Greek goddess...and can't stop thinking about getting the rest of him on her, too. 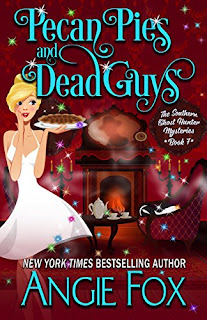 If you’ve read any of the books I’d love to her your comments. And please share the books you have on your list for the summer.
Posted by darkwriter at 12:33 PM