Robin Leigh Morgan on Self-pubbed and Other Writing Formats

This week we’re going to find out a little about author Robin Leigh Morgan. February’s theme is ‘Self–pubbed/traditional/ other writing formats’ so Robin will be talking about that topic. She’ll also tell us a little about herself and her writing, and answer some fun questions.
Beverley: Are you self–pubbed, traditional or both? What made you chose that path?  And tell us how it worked for you.


Robin: I’ve self-published my two books so far, because I didn’t have the patience to go through the traditionally published path of query letter, wait, rejection [?], query letter wait, manuscript submission etc. Unfortunately with thousands of new books being released each day the competition is quite fierce.


Beverley: Have you written in any other writing formats? (non-fiction, journalism, flash fiction, poetry). If yes, can you share why you tried them and how it worked for you?  And how has it affected how you write today?


Robin: From the mid-1990’s and continually for about ten years I wrote items for a community newspaper. I’ve also dabbled in writing Flash Fiction and wound up self-publishing a collection of 100 of them.


Beverley: Is there anything else you’d like to share about differences in self-publishing and traditional publishing for today’s writer?


Robin: The major difference between the two is that in self-publishing you’re in control and responsible for all phases of getting your book published.


Beverley: How long have you been writing?


Beverley: What genre do you write in and why?


Robin: It happens to be romance primarily because I feel quite comfortable writing in it.


Beverley: What obstacles did you have to overcome to begin creating your work?


Robin: Basically it’s the same as any other author…coming up with an idea of what to write about.


Beverley: What will stop your creative muse the quickest?


Beverley: What gets your creative juices flowing?


Robin: Writing something in response to a prompt word, the best type is trying to write a Flash Fiction which as a limitation as to how much you can write.


Beverley: What do you have for breakfast?


Robin: I’m actually not a breakfast type of person.


Beverley: What do you wear when you are writing?


Robin: Anything that I feel would make me feel the most comfortable.


Beverley: Where do you do most of your writing?


Robin: In our spare bedroom, where I keep my desktop computer.


Beverley: If you had an unexpected free day what would you do with it?


Robin: Just relax so I can rejuvenate my entire body.


Beverley: What are you working on now? 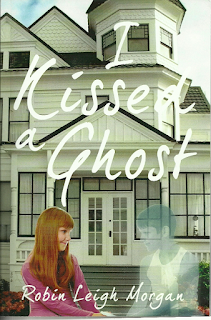 
There are some of us who have enjoyed writing since we were children, and each year, by writing something in school, it improved. For some of us, it continued until we graduated college and began working. Some of us entered the work force taking jobs, which required us to write, whether it was procedures, handbooks/manuals, or news stories. But all of these are non-fiction, and each one has a set of “rules” that need to be followed to write something well enough to be acceptable.


As for myself, while my regular job did not require me to write, for eleven years I wrote articles [commentaries/viewpoints] of what was happening in my community and my feelings about it. When I began writing these items, my writing skills were not honed. I didn’t have my ideas organized in a tight manner, although my writing had been informative. By the time I’d written my last item, I’d become quite adept at it.


When I started to write fiction, I somehow drifted to writing a contemporary romance story with a paranormal element running through the storyline, but after almost 9 years I still hadn’t completed it. That is, until someone suggested I should try writing for a much younger audience, which is what I did; cumulating in my debut MG/YA Paranormal/Time Travel/First Kiss romance novel entitled I Kissed a Ghost.


Anyway, making the transition from non-fiction to fiction, I’ve had to learn a new set of rules on how to write. Most of these involved dialogue, showing not telling, where before I just told. I now had to learn about the use of tags. I had to learn not to be overly descriptive of something, but allow my reader to create the image for themselves in their minds. In the beginning I found it hard to break my old writing habits. Now I’m finding myself with these habits essentially gone. The biggest issue I still have and am trying to get a good handle on, is POV [Point of View]. Regardless of what’s happening or being said it has to be in one character’s perspective, and you can’t flip-flop between two characters within a scene. There needs to be a transition from one character to another. Today I feel my writing has improved greatly as I’m finding it easier and easier to come up with the words I want/need


Writing is an ever on-going learning experience as I learned there are additional rules for each genre, as well as for the sub-genre you’re writing in. These rules can apply to the dialogue being spoken, which needs to be true for the time period the storyline is taking place in, as well as your descriptions for your character’s clothing, and how they address each other, as is the case with the Regency sub-genre of romance novels.


So as you can see, writing is not merely a string of words you put together. There are rules that need to be followed if you’re to be well received by your readers.


Even though I had only written one book, I didn’t want to get pegged as an author of one particular genre, so I decided to expanded my audience reach by writing something totally different. 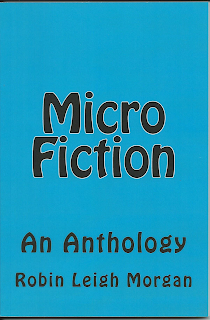 On December 2, 2014, I published my second book, “Micro Fiction – An Anthology,” which is a collection of these flash fictions, and in order to round out the number of these items I wrote responses to those words I didn’t do previously; however I didn’t use the same restriction so the longest item in the book has about 390 words, and they’re not limited to any one genre.


Wanting to increase my knowledge of writing I decided to become a serious Book Reviewer towards the end of August 2014 so I could be exposed to different genres and styles of writing for each one. As of February 9, 2017, I’ve read/reviewed a total of 491 books on Amazon-US/UK where my Amazon Reviewer ranking is 2,587. I also post all of my reviews on GoodReads and LibraryThing, and sometimes on my two blog sites. I can’t tell you how much more I’ve learned about writing simply by reading the works of other authors.


So if you’re looking for your next book to read, you’re invited to check out my reviews at:  http://www.amazon.com/gp/profile/A19QLCLVPLZH0B


I’m still learning and changing the genres I’m writing in; something which will continue until the day I decide to type that elusive period for the last book I’ve decided to write. The best place to go to learn more about me, my current writing endeavors and all of my links is to go to: http://www.about.me/rlmorgan51


Don’t forget to check back next week for another author interview and a discussion on self–pubbed/traditional/ other writing formats.
Posted by darkwriter at 11:27 PM