This week author Victoria Adams joins us with her tip. Victoria lives and writes in Ontario, Canada where she is an avid gardener, active belly dancer and a slave to an adorable black kitten named Licorice 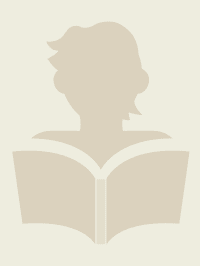 
Several years ago I joined a flash fiction group. Rules were simple - each week a set of word and photo prompts would be emailed out to the group members and chapters were to be between 500 to 1,000 words and posted on our blogs. We were to use at least one of the prompts as inspiration to further our story along.


My reason for joining the group was to tighten my writing. My first and second books were – before editing – over 100K. I thought that having to work with a limited word count for each chapter would curb a bit of my verbal run-on.  Which I think it did.


Also, I love challenges, especially word games and this sounded like great fun. I didn’t settle for trying to incorporate 1 prompt into the story; I went for as many as possible. I know of one chapter where I did use every word and picture prompt proposed that week. On the other side, there was at least one week were I didn’t put up a post as I couldn’t incorporate any of the prompts.


Sadly, I have not participated for many months. But I did take the original 15 episodes and turn them into a novella – just released – titled Red Tulip. It is volume 1 of a flash fiction based series called – Romantic Flashes. I kept the chapters short so it retained its episodic feel. Being a great fan of Sir Arthur Conan Doyle, I know that his Hounds of the Baskervilles was written and published in the same episodic way.


What genre is Red Tulip? Well…it’s a contemporary romance with a twist of mystery and maybe a bit of paranormal. This book evolved as I wrote it as I didn’t know where each chapter would head until I got the prompts. The excerpt I’ve included is the opening of the book and unfortunately I don’t know what many of the prompts were for that week. I didn’t include them in the original post, but I do know one prompt was a photo of a red tulip. 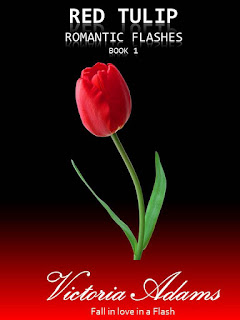 Excerpt from “Red Tulip”
"When was the last time you were offered the gift of a red tulip?"

I turned to see who spoke while I wondered if he was addressing me. A man sat on a park bench, dressed in a dark suit, with a bowler hat, holding a cane and his head bowed. I shifted to continue along the path when his face lifted and I found myself gaping at two glowing green eyes.
"When was the last time you were offered the gift of a red tulip?"
I blinked, trying to look away from those mesmerising orbs. "Uh, never. I mean, no one has ever offered me a tulip."
"A red tulip."
"Okay, no one has ever offered me a red tulip." Uneasiness slithered through me. "Nice chatting with you."
Smiling, I scurried down the path leading away from the park bench and towards the gardener's shed. With Jacobs being sick today, I had to hurry to get the last of the flower beds cleaned and prepared for spring plantings. The past winter had been bitter. It seemed tree branches and mouse damage wreaked havoc on every one of the one hundred and sixteen different flowerbeds.
I slipped my key into the lock, opened the shed door, stepped inside and shut it behind me. Closing my eyes, I allowed myself a moment to indulge in the beauty of his eyes. Emerald green. As brilliant as the gems locked among the diamonds at Tiffany's. Not that I shop there. Couldn't possibly afford anything on a junior gardener's salary, but I do fantasize when wandering the aisles.
What would it be like to be with a man like that? For those few moments in his presence, I was unable to think. My breath caught in my lungs. My palms were slick with beads of sweat. I shook my head, opened my eyes, and tugged the ever-present hair tie off my wrist. "Get over yourself, Darcy. A man like that wants a super model who can slink around on eight-inch heels. Not someone who digs in the dirt all day."


Thanks Victoria, for dropping by and sharing that information on how flash fiction worked for you.


Don’t forget to check back next week for another author’s tip or tweak.
Posted by darkwriter at 11:19 PM