National Day of Remembrance and Action on Violence Against Women 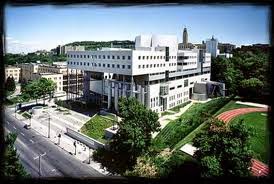 l’École Polytechnique de Montréal
December 6 is a National Day of Remembrance and Action on Violence Against Women.
This is a Canadian day of remembrance and is also known informally as White Ribbon Day. On December 6, 1989, 14 women, individuals at l’École Polytechnique de Montréal, were killed in a gender-based act of violence. The massacre occurred when Marc Lepine, an armed student, murdered the fourteen women and injured ten others, in the name of fighting feminism.


In 1991, the Parliament of Canada declared December 6th to be the National Day of Remembrance and Action on Violence Against Women. The day now represents a time to reflect on the phenomenon of violence against women in our society. It is also a day for communities and individuals to speak out against all forms of violence against women and its impact on victims and their families and friends.


Canadian flags on all federal buildings – including the Peace Tower on Parliament Hill in Ottawa, Ontario – are flown at half-mast on December 6. Canadians are encouraged to observe a minute of silence on December 6 and to wear a white ribbon as a commitment to end violence against women. Candlelight vigils, memorial services, and other events are held throughout the country.
Posted by darkwriter at 7:43 PM