Our guest author today is B.C. Brown, who is going to share some tidbits about the writing of her book that no one knows--until today.
BC Brown is the author of A Touch of Darkness and A Touch of Madness, both Abigail St. Michael novels. Her work has been included in three, multi-author anthologies – Fracas: A Collection of Short Friction, Quixotic: Not Everyday Love Stories, and A Chimerical World: Tales of the Seelie Court. She has published a dark fantasy novel, Sister Light, Book One: Of Shadows previously under the pen name B.B. Walter.
She lives in Arizona and on tequila and gummy bear-related products. She spends her free time bicycling, performing in Community Theater, and spends way too much time on karaoke, Star Trek, and Doctor Who. She is legendary for her mismatched sock collection. Her foul mouth and lack of filter has gotten her into hot water in the past. She will no longer discuss the “big booty ho” incident of 2012. 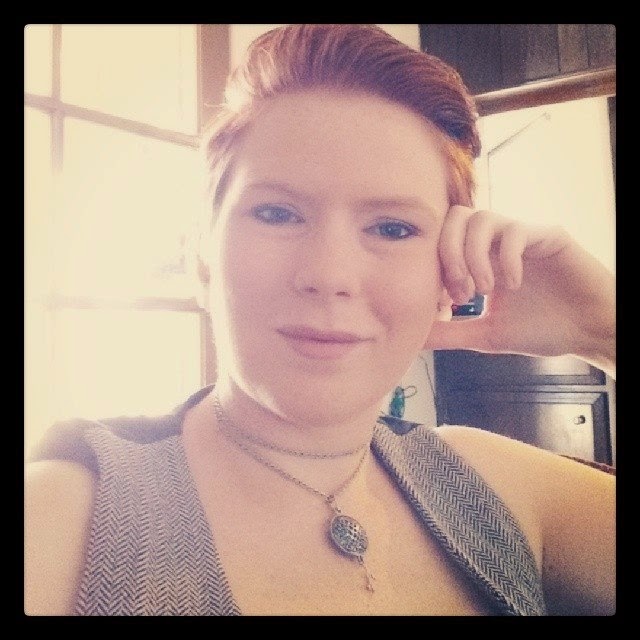 5 Secrets About A Touch of Darkness
Writers write. Everyone knows that.
What people may not realize is the overwhelming amount of writing we do. On top of your favorite, say, 75,000 word novel, that author wrote and re wrote that same 75,000 words probably on average of 3 times. Plus they wrote the short story for every character in their story. And then the individual character descriptions. Then there’s the world the story takes place in. Guess what? All written and more than two-thirds probably left out of the book you read.


In my paranormal romantic suspense novel, A Touch of Darkness, I wasn’t spared from writing above and beyond the confines of the book. Below are 5 things most readers don’t know about my novel.
1. Abigail St. Michael, the protagonist and all around badass of my novel, was almost a Mormon.
Why you might ask? Well, while writing my first draft (which lasted until chapter 4 when I began realizing the religion angle was all wrong for Abbey), I was studying the Mormon religion. Like many authors, when I’m interested in a subject, personally or academically, I tend to include elements of it in my writing. Hence Abbey almost being Mormon.
2. Nikolas Romanoff was a woman until the third draft.
In the dream that kicked off the first book in the Abigail St Michael novel, Nik was short for Nicole, who was a Russian ballerina with an interest in the culinary arts. It was when I remembered that ballerinas weren’t known as big eaters, appreciative of food, Nicole morphed into Nikolas, the chef. Why she went from being female to male, I’m not exactly clear on. Except once she became a chef I could no longer see the character as a female.
3. Lieutenant Jason Davis, Abbey’s mentor and friend, speaks six languages, not including English.
There really isn’t a reason behind it except that his wife is half Brazilian and speaks Portuguese. Jason wasn’t expected to learn the language but he did. He also went on to learn Italian, Spanish, Cantonese Chinese, Hebrew, and (since meeting Nikolas) Russian.
4. Abbey’s mom gave birth to a still born child before she gave birth to Abbey. This fact never made it into the books (Yet), but I felt it was important to note the high anxiety Abbey has about difficult births.
5. Nik’s grandmother has a tattoo on her left butt cheek given to her by (she claims), none other than, Jimi Hendrix.
Nik’s grandmother has, perhaps, the most extensive character history of any secondary character in the novels. A renaissance woman, she has done everything imaginable (and some things not) in pursuit of knowledge and experience. She claims that, one drunken night in a friend’s tattoo parlor in San Francisco, she and the legendary Hendrix (pre-legend) were drinking. Out of the blue, Jimi asks if he can tattoo a smiley face on her butt and she agrees, thinking it good fun. Despite his lack of skill with the tattoo gun, she adores the artwork and likes to show it off.
And there you have it. 5 things about A Touch of Darkness 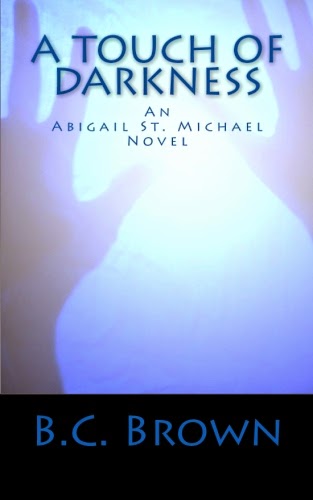 Blurb from A Touch of Darkness:
Abigail St. Michael, a former cop, has joined the recently growing ranks of metaphysicals, individuals with abilities outside that of normal human nature. When a murderer stalks her town killing children, Abbey uses her ability of touch clairvoyance to hunt him down. Her only roadblock is that her villain seems to have his own unique talent, the ability to ‘wipe’ his victims and their surroundings of any metaphysical energy. With little physical evidence and no supernatural evidence, Abbey is forced to rely on luck and instinct to solve the case. However both seem to have taken a permanent vacation as the victims keep piling up with the killer’s escalating blood lust.


A Touch of Darkness Excerpt:


I’d gotten the call on my work cell. I actually have a second that I carried for just police work. For a while, my advisory jobs had become so hectic that the calls began to outnumber my personal ones. Davis had spoken to the police chief and gotten the force to foot the bill for a company phone.
Everyone referred to it as the “Bat Signal.”
I digress.
Davis called me in and, almost a week after the incident, I walked the crime scene for the first time. I was more than a little pissed. I was even more pissed when I arrived on the crime scene amidst a light drizzle.
Rain is a problem for individuals with my unique talents. Water washes away metaphysical energy as quickly as it washes away physical evidence. A violent event can get trapped for longer but eventually time and the elements fade the energy no matter how violent the event. I mean, I’m not still picking up shit from the Manson murders or anything.
Once I arrived on the crime scene, I was doubtful I’d pick up anything left over. I told Davis my doubts. He encouraged me to try, regardless; he always encouraged me to try. It was his special talent, I guess. So I slipped off my special-made gloves.
Clothing doesn’t always protect me from seeing impressions, but the gloves were a damned sight better than my walking around bare-skinned. That would land me back in the funny farm in no time. Trust me, I know, I’d been there once already. I had once brushed up against a woman who beat her two children on a twice-daily basis. I felt her glee as she did it; her happiness as she felt their little bones crunch under her/my hands…
Oh, God…
I digress.
Davis knew my doubts, but I did my job. I slipped off my sweet Italian, designer gloves and touched everything in sight. The railing, the stairs, the curb where he’d busted his damned head, and… nothing. Nada, zip, nein – no pun intended, Mr. Schleck. There was nothing left to see. I told my ex-boss as much, but I was wrong.
There was a cat.


Thanks for checking out B.C. Brown and her secrets. If you have any comments or questions, B.C. will be around to answer them today.


And don’t forget to check back next Thursday to find out even more author secrets about their book.
Posted by darkwriter at 10:59 PM