November 11th is Remembrance Day in Canada. It’s a memorial day observed in Commonwealth member states since the end of the First World War to honour armed forces members who have died in the line of duty. It is also known as Poppy Day due to the tradition of wearing a poppy which is sold at multiple locations by veterans. It is also celebrated by parades, laying of wreaths, and a moment of silence to remember those who have died. John McCrae wrote this well-known poem. 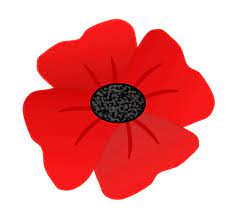 In Flanders fields, the poppies blow

Between the crosses, row on row,

That mark our place; and in the sky

Scarce heard amid the guns below.

We are the Dead. Short days ago

Loved and were loved, and now we lie,

Take up our quarrel with the foe:

To you from failing hands we throw

The torch; be yours to hold it high.

If ye break faith with us who die

We shall not sleep, though poppies grow

In the US November 11th is known as Veterans Day or Armistice Day. It is a federal holiday observed annually on November 11th It honoring the military veterans, who are people who have served in the United States Armed Forces. It is celebrated by the laying of wreaths and two minutes of silence is held at 11 am. 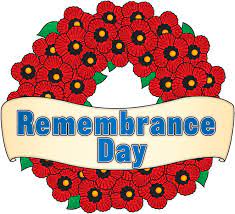 Posted by darkwriter at 9:29 PM