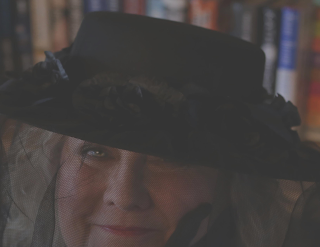 Seelie Kay writes about lawyers in love, with a dash of kink.
Writing under a nom de plume, the former lawyer and journalist draws her stories from more than 30 years in the legal world. Seelie’s wicked pen has resulted in 12 works of fiction, including the Kinky Briefs series, the Feisty Lawyers series, The Garage Dweller, A Touchdown to Remember, The President’s Wife, and The President’s Daughter, as well as the romance anthology, Pieces of Us.
When not spinning her kinky tales, Seelie ghostwrites nonfiction for lawyers and other professionals. Currently she resides in a bucolic exurb outside Milwaukee, WI, where she shares a home with her son and enjoys opera, the Green Bay Packers, gourmet cooking, organic gardening, and an occasional bottle of red wine.


Seelie is an MS warrior and ruthlessly battles the disease on a daily basis. Her message to those diagnosed with MS: Never give up. You define MS, it does not define you!


Beverley: Which genre or genres do you write or prefer to write? And why?
Seelie: I love writing romance primarily because I believe love plays such a vital role in our society. There are all sorts of love and all sorts of romance and that is delightful to observe, then weave into a story. However, I also love mysteries and thrillers, which is why I recently moved into writing romantic suspense. I think my fascination with Emma Peel in the old TV series, “The Avengers” is pushing me in that direction.
Beverley: Who influenced you the most in deciding to become a writer?
Seelie: My parents were teachers and from the moment I could hold a crayon, I was writing, whether it a letter of the alphabet, words, or eventually, a letter of complaint about a parental wrong (they saved them). My parents found opportunities to teach and learn in almost anything, and when they discovered a particular talent or interest, they encouraged it. That wasn’t easy with five kids, but they succeeded. I liked to write and read, and they made sure I had the opportunity to study the work of great writers and then encouraged me to put my own pen to paper. Growing up, being encouraged to do what you love, was a pretty amazing experience.
Beverley: What gets your creative juices flowing?
Seelie: (laughs) It doesn’t take much. I have a tough time shutting my mind off. It’s doesn’t take much to spark an idea for a story or character. I am inspired by a conversation, a news story, a memory, a photograph, a song, the laughter of a child, observing others…the list goes on.
Beverley: Do you have a favorite cartoon character? Why?
Seelie: Winnie the Pooh. A.A. Milne created characters who traveled through life as sweet, somewhat confused but gentle beings, yet they were incredibly wise.
“You are braver than you believe, stronger than you seem, and smarter than you think.”
“If you live to be a hundred, I want to live to be a hundred minus one day so I never have to live without you.”
I probably quote Winnie the Pooh more than anyone else!
Beverley: Who would you love most to meet 'in person' and why?
Seelie: Hands down, Benjamin Franklin. I adore smart, creative men. I can imagine long, deep conversations about any and everything. I suspect I would be dazzled by his wit, overwhelmed by his brilliance, and charmed by his courtly manner. And then he’d destroy all that with an entirely inappropriate suggestion. (laughs)
Beverley: If you had an unexpected free day what would you do with it?
Seelie: Hit the road! Go explore a new place, a restaurant, museum, or shop I haven’t visited yet. The older I get, the more I realize that I don’t have time to slow down. I have too much that needs doing.
Beverley: What are you working on now?
Seelie: I am finishing up the next book in my Feisty Lawyers series, “Cult.”


Blurb for Seizing Hope:
When four former law school classmates get kicked off the marriage train, they band together, put on their big girl panties, and fight back!


Former Northwestern Law School classmates Dina Willoughby, Miranda Mena, Leah Fraser, and Melody Harris are living the dream. Each had fantasized about the perfect husband while in law school and happily—for a time—that dream became a reality. Until Dina’s husband kicks her out two weeks before her prenuptial agreement kicks in, Miranda’s husband is arrested for securities fraud and flees the country with all of their money, Leah discovers that her royal husband misrepresented his feelings for her in order to get his hands on her money, and newly-pregnant Melody finally admits her artist husband is a sadistic, manipulative, jerk. Facing the loss of their husbands, and stripped of any financial support, the four women band together to fight back. Drawing on their unique legal skills and with the help of a few friends, including a hunky private investigator, a sexy law school professor, a determined cyber-security billionaire and the Queen of England, these four women not only take what’s theirs, they build the path to a new future, one filled with hope. 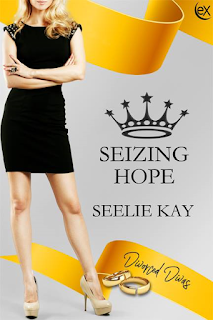 Excerpt for Seizing Hope:
“As he droned on about his golf game or the newest addition to his car collection or some gossipy tidbit among his fellow shallows, Dina was forced to drive her nails into her thighs just to stay awake. There she sat, the perfect debutante, a smile pasted onto her face, nodding in all the right places, nary a word embedding itself in her brain.
Oh, she wanted out. She needed to get out. Before George Donovan Willoughby the Third bored her to death. She squelched a sigh. Only two more weeks and she could be free. Sure, it wouldn’t be the many millions she had dreamed of, but it would still be seven figures, adequate compensation for five years of boredom.

Wearily, she tuned into his latest prattle. “And as I told my attorneys, there is no reason why we can’t end this amicably. After all, you must agree that this marriage was a mistake, and since our prenup settles a sufficient sum upon you should I pull the plug, you will continue to live comfortably, so what do you say? Let’s end this quickly and get on with our lives.”


Dina blinked, then she became outraged. Did George Donovan Willoughby the Third, the most boring man on the planet, just dump her? “Wait a minute. You want a divorce? From me?” She glared at George. “Surely you jest, darling.”
George gazed at her, his smile condescending. “As I said, darling, I am finding life with you rather boring. I need more stimulating companionship, and I have found it in Mimi Morrison.” His eyes brightened. “That woman is sweet, sassy, and sexy, and quite the firecracker in bed.” He sighed. “I married you because you were hot between the sheets, but once you had that ring on your finger, it rapidly became clear that we weren’t well-suited in other ways. It’s time to admit that marrying you was a mistake. Mother was right. Never marry beneath you.


“So, I think a quick and dirty divorce is for the best, don’t you? After all, we are adults and quite capable of civility. Perhaps Mexico on the ‘morrow?”
Dina stood, picked up her glass and dumped the well-aged bourbon onto George’s head. “This isn’t over until I say it’s over, dear George. Your timing sucks. In two more weeks, my property settlement increases by millions. I can’t believe you want to pull the plug and deprive me of the monies I am due. Being married to you was hard work, and I earned every penny of that settlement.” 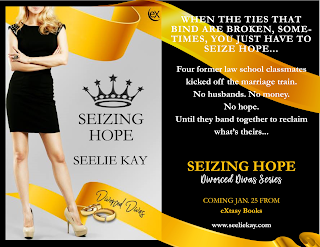 
Prior Books:
Check out http://www.extasybooks.com/
Posted by darkwriter at 11:11 PM