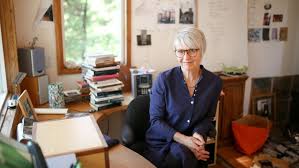 I was scanning news headlines the other morning and saw this headline.


Now this is a Canadian article about Canadian authors, but I found it interesting and thought I’d share some of the points. I don’t know if it’s the same in the US but I’m thinking there might be similarities.
Writers' Union of Canada survey says its members' incomes down by 27% from just 3 years ago


When the Writers' Union of Canada recently surveyed its members about their incomes, the results were sobering: an average writer made $9,380 a year from his or her writing. That's 27 per cent less than what writers made three years ago, and a whopping 78 per cent less than they made in 1998.
Last year's Giller winner Michael Redhill famously shared what was left in his bank account before he deposited the $100,000 cheque: it was $411.


Reasons for decline
The Writers Union of Canada attributes the decline in authors' incomes to a combination of factors. John Degen, the organization's executive director, attributes the particularly steep drop-off in the last few years to the rise of free photocopying of written material by educational institutions.

Before the Copyright Modernization Act of 2012, educators had to a pay a fee for all the photocopying they would do in a year, a fee that was redistributed as royalties to authors whose work students were reading. But once the Act deemed educational copying as fair dealing, that income for writers was gone.

Additionally, the publishing industry has contracted in recent years, with some houses folding and others, like Penguin and Random House, conglomerating into one. That means fewer venues for writers to publish their work.


Reference: You can read the whole article at https://www.cbc.ca/news/entertainment/canada-authors-poorer-than-ever-says-study-1.4908086?cmp=rss
I'd love to hear your comments about this article and the wealth of authors.
Posted by darkwriter at 10:35 PM