If you had a chance to see George Clooney, would you take it?


George Clooney, Hugh Laurie, (from House) and Dwayne “The Rock” Johnson are all in the very small town of Enderby, British Columbia. They are there to film Walt Disney Pictures new film, Tomorrowland. Apparently this is a film similar to “Close Encounters of the Third Kind.)


I’m Canadian and live less than an hour south of Enderby. My girlfriend came to visit and I asked what she wanted to do. She didn’t have any specific requests so I said “We could drive up and  check out George Clooney.”


She just left and I still haven’t driven up to Enderby, population of about 3000. The chances of spotting any of the actors up there are pretty good.


So, I’m curious, would you drive about an hour, to a town with a population of 3000 or less, to see George Clooney or maybe Hugh Laurie? 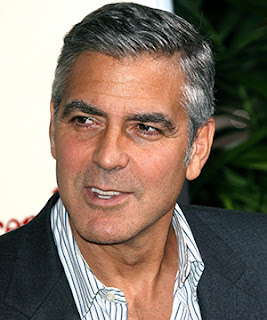